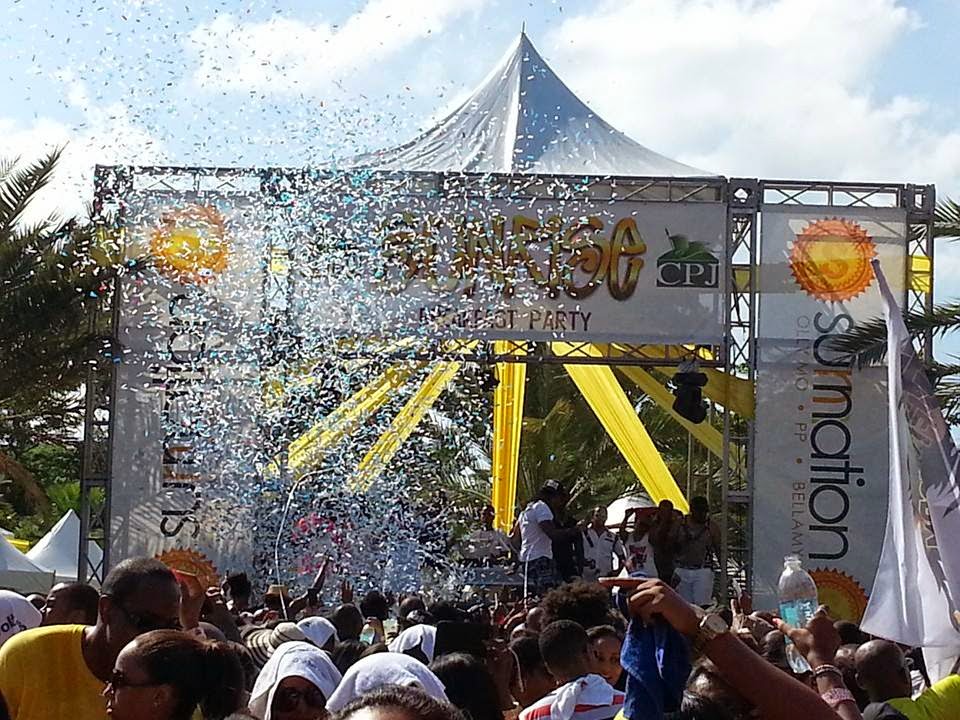 Posted by cute dougla at 5:30 PM No comments:

I Love Soca was huge this year.  If you see people!  This fete has come a long way and it's safe to say that the Wednesday before Carnival in Jamaica will belong to the  I Love Soca promoters for a long time.

I really liked that they used a bigger part of Hope Gardens to accommodate the obvious increase in patrons.  Man the place was ram...it seemed that all the soca fans came out and then some...Machel, Konshens, Cecile, Chris Martin, Shaggy, Kerwin DuBois, Mr Killa...and a few other celebs were also present...


I walked with my 4 main necessities for a cooler fete: ice, scotch, coconut water, and a cup.  I love cooler fetes because I don't have to worry about bars with no scotch, no coconut water, only Dewars, and small cups with too much ice.  The only drawback is that you may drink a tad too much.  Good drinks combined with a good selection of music from Richie, Dei Musicale, and Nuphoric gave this fete vibes and more vibes. Everyone was clearly having a ball even if they had to go to work the following day.

At a point the music level got so low you could have a conversation easily without raising your voice.  For some, this was a vibes killer, but it is the price we pay for a fete held on weekday near a residential area.  The other complaint is Lil Rick.  As much as I love his songs, he just didn't seem like a good fit because he was so boring.  I just wanted him to stop.

All in all, I Love Soca delivered and was not a disappointment.  See you next year
Posted by cute dougla at 4:50 PM No comments: