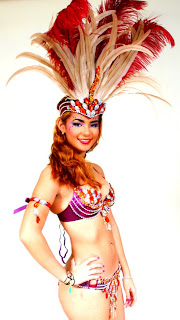 Well yes, Bacchanal Jamaica is using the theme "Future Shock" for 2012. I'm guessing this refers to the shock I did not feel when I saw the costume pics; make note that there are no prototypes available at the mas camp.

The No Shock factor lies in the fact that there's no wow factor with the costumes which are recycled designs and colors; no shock at the website was not launched on the promised date; no shock that the registration process is slow; no shock that it's a cash deposit since there are no point of sale machines; no shock that there is only ONE booklet at the mas camp with poor quality pics for potential masqueraders to view, and no shock that Frenchmen does not have the best costume, But wait, there is one shock- the prices which have significantly increased....

The prices range from US$189- US$246. The bright side is that you can pay less if you take the crown option and not the headpiece. Wow, is that supposed to be a shock? we are so lucky (my attempt at sarcasm).

No shock, but I'm registered in Frenchmen's Supernova (in the pic) without the headpiece, which is US$226. Supernova is not my fave costume but it's either you want to be in Frenchmen or you want a pretty costume. No shock, but Frenchmen is almost sold out. 2 out of the three sections are sold out at the mascamp, but you may be able to get them online if the website ever launches. The remaining section is an awful red which even Digicel had to reject...I guess the ugly factor on that costume could be a Shock.

But not all the costumes lack the shock factor. I really like Smirnoff's Avatar (not the headpiece) and Observer's Encleadus. They are very contemporary and lack that "samaroo's look" (no offfense to Samaroo's). I also hear that Smirnoff"s Avatar is going fast. You can view the costumes on their Fb page. 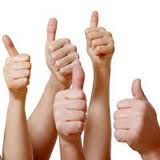 Most persons arrive for T&T during the week before Carnival Monday and Tuesday. There are so many options which seem to be growing and could become confusing. So far, these are the decisions I've made:

All Inclusive fete
For US$300, I am dying to know what the Ultimate Lime fete (at the Hyatt) will be offering. The reviews from last year were great and for the price, this has to be the best fete ever.
Regular fete
Honestly, you can't beat UWI Splash as a regular fete. You get the same venue and almost all the performers as Bacchanal Wednesday and Trini Posse, just at a lower price.

Carnival Friday pickI'm seriously thinking of doing Break Biche since I've heard good reviews and I'm all for day fetes. It's only TT$400 drinks inclusive, but has the same performers as Sunny Side Up.

Breakfast fete
In my opinion, Vale Breakfast is old news. My pick is Sunny Side Up (tics are available in Ja), but I'm also feeling UP. (I find that the promoters could have been more creative with the name.) But UP has Machel Montano as its headline act so they will pull a good crowd.
J'ouvert band
I am recommending Caesar's Army AM Bush on Saturday morning as an alternative to traditional J'ouvert. Since all j'ouvert bands have to go to POS, the uptown j'ouvert crowd may not like that scene so if you want to try something different, consider AM Bush.

Airline
Now doh start meh on Redjet and dey bull. These people cancelled my flight on Feb 5 and I didn't get an email or a phone call- nutten. No apology- nutten. I am not amused especially since the new date they gave me is later than I want to leave. The lesson is if your dates are not flexible stick with Caribbean Airlines.

Carnival Band
Everybody else will recommend Tribe, Bliss or YUMA, which is fine depending on what you expect from a band. I love the new band scene and since I do not hold any band loyalty, I'm giving K2K a chance this year. Someone described K2K's costumes as Tribe meets MacFarlane which is an ideal description so I'm excited to see the end product. I'm also excited about their Monday wear and make up packages.

Boots
My Carnival kicks boots were extremely comfortable and much cheaper than the piccadilly boots. I am also not feeling the decorating of the boots. It's probably just me, but I'm over the gems and feathers on boots- it's just over done. Carnival kicks will be delivering in T&T and you can also purchase the boots from a dsitributor in St James (868-622-7151).

Stockings
Cant go wrong with the good old Micles stockings. I would like to try the Peavey brand but I'm not sure about my shade. Peavey promises that these tights have a high denier so they are less resistant to runs. We'll see right...

Makeup
I'm not sure if I'm going to opt for K2K's makeup. If not, I'll stick to Makeda from Shades of Sugar. She's done my makeup for 3 years and I'm always satisfied.
I'm officially excited for Carnival! See you there!
Posted by cute dougla at 9:13 AM No comments: 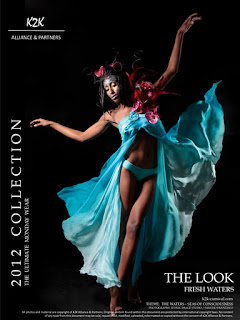 OMG! My wish has been granted! K2K will be providing fabulous options for Monday wear as a part of our costume package. The fabric aspect of the costume is complimetary, but the accessories and undergarments will be available for purchase at the mas camp. The band is also offering makeup and airbrush (for an additional cost). I love that they are providing us with these options even if we have to pay for it, which reduces the stress of having to look for additional monday wear and carnival services. However, I do hope they have sufficient artistes to cater for the number of masqueraders without long and frustrating lines. Did I mention how excited I am????

You can view the entire Monday wear album on K2K's Fb page and learn more about the designers in this article in the Trinidad Express.
Posted by cute dougla at 9:30 AM 1 comment: