I must say that so far it has been smooth sailing since my registration with K2K in December. By now I have warmed up to the fact that K2K will not distribute earlier than the week before carnival.

My section, Macaw was scheduled to be distributed today (Thursday).  I got to the mas camp in Victoria Gardens by 3:00pm and was out within 20 minutes. I got my costume, wings, monday wear, and goody bag without any problems. My friend got a large bottom piece (which is a victoria's secrets panty btw) although she had ordered it in a medium size. She was told without apology that it couldn't be exchanged even though it was clearly not her fault.

I must say that the costume is fabulous. The gown looks more layered than the prototype which works well for me in terms of camouflaging my mid section. I will need to do adjustments however to the length. The wings are light and look very much like the model. Overall, the costume is pretty and looks easy to carry. 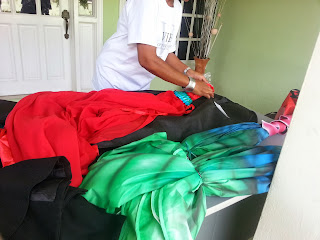 Finally, we were advised that the band will meet on Jerningham Avenue on both days. I am very wary of K2K attempting to cross the QPS stage so early because I suspect that other bands will be doing the same.

I don't think anything could top the mini picnic set in the K2K goody bag last year, so I am not that disappointed in this year's modest bag. It is definitely the same tote bag and cup from 2013, but there's nothing in the bag to boast about. But it's the thought that counts. 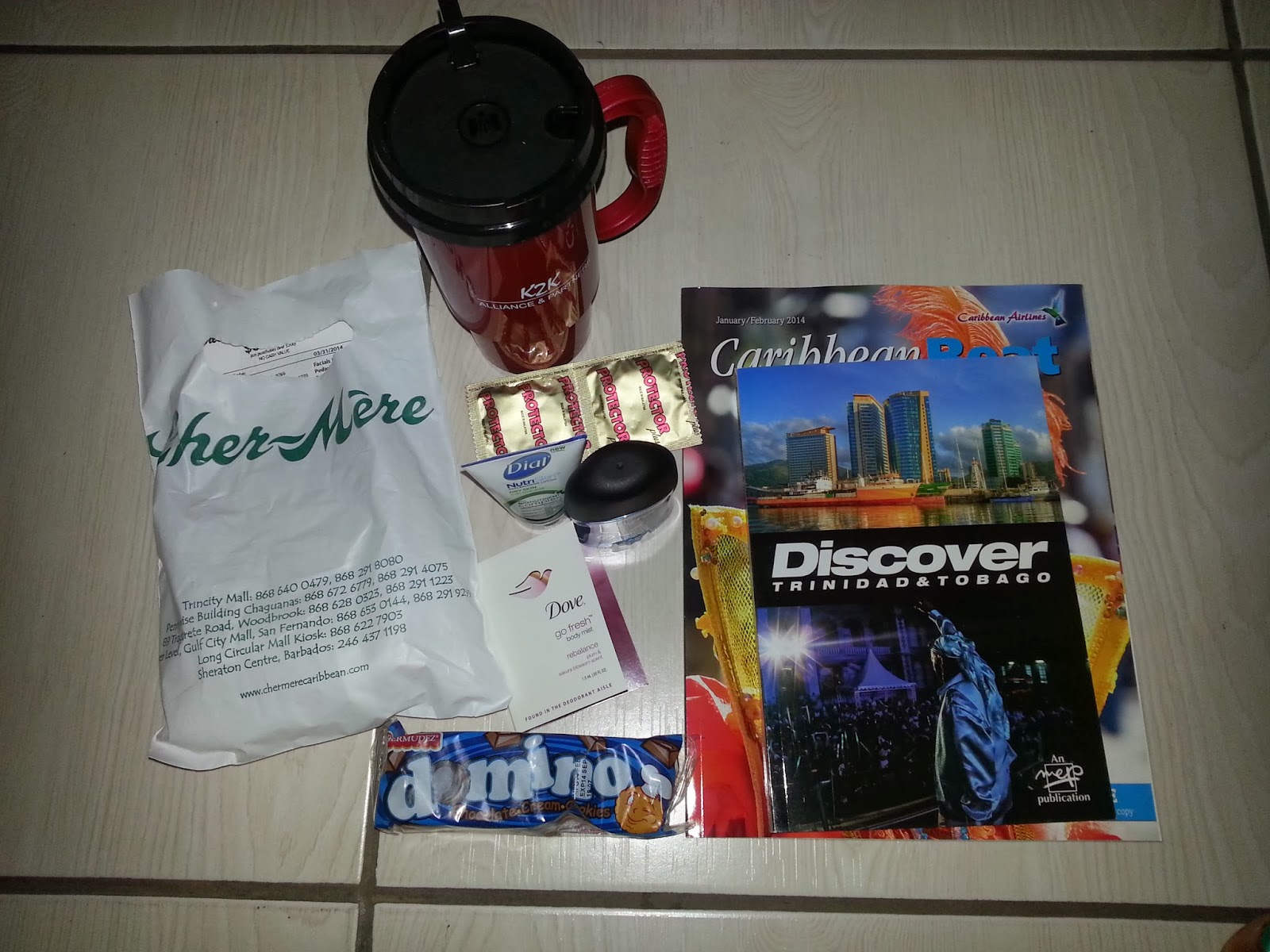 So far my only real concern has to do with the parade route which has not changed.  But I have no doubt that this year K2K will look fabulous on the road and if we make it to the stage...
Posted by cute dougla at 5:48 PM No comments: