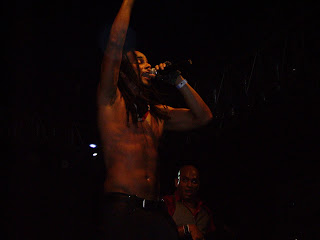 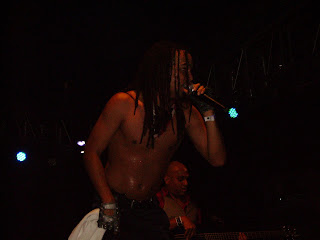 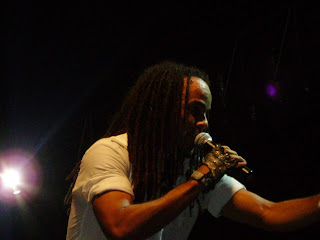 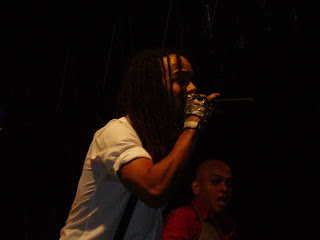 Kees I would like to thank you and your band for a great performance on Friday night. I arrived at mas camp at 11:45pm and made my way to the VIP section which is really just a closer section to the stage and does not offer a VIP experience. For JA$2500, I would have liked a greater selection of drinks and something to eat. At this time, DJ Dawg-e-Slaughter was on the stage hyping up the crowd and giving a brief tutorial in Palancing…I must say that Palance is catching on in Jamaica…slowly but surely. At 11:56pm the band made their way to stage with Heaven and Right Dey, followed by some of Machel Montano’s songs, Palance, Police, Party Hard and One Island. He performanced some of his own songs Till Morning, Thunder and my favorite Naina which really had the crowd moving. The crowd also got a taste of some ole time calypsoes which were appreciated. I agreed with their selections of songs but I would have liked to hear more of Kees’ songs (this could just be my bias).

Now is either Kees real brave or he really wants to connect with his audience beccause my boy jump off the stage and ventured into the VIP and the General sections. Honestly, I thought he would have been accosted or even kidnapped by some red man-rasta man-winer boy-loving chick in the crowd but he emerged safely though somewhat shaken and returned to the stage. It took Kees exactly 26 minutes to remove his shirt. This could be due to me calling him out on it. Yes Kees, if you ever read this, it was ME with the trini flag up front who asked you to remove the shirt. People this is a fact and not my imagination, but he looked directly me and said…yes baby, ah coming to that just now…I think that incident more than qualifies me for the shirt-take-off-person position in the band!
A Jamaican crowd is a tough soca crowd if you are not Destra, Machel, Alison Hinds and sad to say, Iwer George. Kees is not new to Jamaica because of his days with Imij and he performed here in 2008, yet he had to cover other people’s songs in his set, particularly the songs that are gaining popularity here which is fair, but if the DJs vary and update their play lists, artistes like Kees can include more of their own songs in his performances in Jamaica. It’s fair to say then that the crowd enjoyed Kes the Band which is evident by the 2 encores or it could be that people couldn’t believe that paid either JA$1200 or JA$2500 for only 45 minutes of performance time. I hope Bacchanal Jamaica is taking note of this for future band nights.

Big up to the big Trini flag crew in General and the small flag crew in VIP, allyuh real represent!
Posted by cute dougla at 5:22 AM