Here I was thinking what to blog about and thanks to Bunji's video for Differentology, I am now freed of that block.... 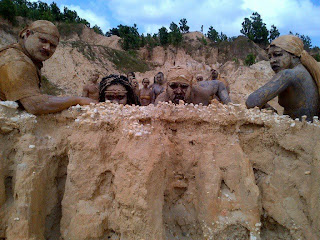 If you follow Bunji on the social media, you would know that there was a big hype over the filming and release of the video which was basically a huge disappointment. How can such an epic song end up with such a weak video? Now I am no expert in videography, but I am pretty sure that Bunji hired the wrong creative team for this project.

The Video in a Nutshell:
I had hoped that it wouldn't be the regular tell 10 people to show up in their Carnival costumes type of video, but sadly it was. I think I know where Bunji wanted to go with this.  He wanted to capture the spiritual journey of Carnival which begins or opens with J'ouvert and mud which represents the dark side of human nature.  And by Monday and Tuesday, it reaches a climax with a washing away of the sins represented by the pretty costumes.  However, a concept and execution are 2 different things. This video was all over the place with no thread.  We know that Bunji is all into the Viking theme and obvioulsy a fan of the NatGeo series, but there was absloutely no place for it in the video (even though I did enjoy these half naked sweaty men all over each other). 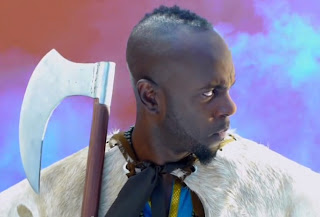 The quality of the video was also a bit off.  As I said I am no videographer but maybe the experts can comment on the color correction, HD quality and scene transitioning.

If Bunji had hoped to capture the meeting of the traditional and modern aspects of the Trinidad Carnival, he should have called on people who are proficient in it.  I am thinking about Walt Lovelace who did 3 Canal's Mud Madness video, Damian Marcano or even Cowin Thorpe.  Personally, I would have kept the concept strictly to mud and J'ouvert, using clips to capture the mix of dutty, orgasmic, release, and cleansing that we associate with the opening of the Carnival. (Am I the only one who thought that Fay Ann would have emerged from the mud semi nude? damn that would have been hot).

I am not attacking Bunji but just the video.  I LUV Differentology; it is hands down one of my fave songs ever.  I even wrote about it here. If we want our music to match international standards, then its composition, production, performance, and presentation must be of the best quality...
Posted by cute dougla at 1:45 PM