Some people mentioned to me that they felt that the soca offerings for 2013 were lacklustre. But I think that it is more a problem of quantity over quality. It seems that every time, I listen to the radio, I am introduced to a new song, but not all are good. I wish the radio Djs would stop mamaguying the artistes and stop playing some of these crap tunes. Even one local newspaper estimated that 400 songs have been released so far. Based on what I've heard, these are my faves:

1. Differentology- Bunji Garlin
If you read my previous post, you would understand why I absolutely love this song. Its lyrics and music are unlike anything I've heard in a long time. If it were up to me, this would be hands down my Road March pick.

2. Manager- Nadia Batson
No, I don't love this one because I have a controlling man and would secretly like to end the contract...I like it because it reminds me that female artistes can use the music to empower other women similar to what Denyse Plummer and Singing Sandra had done.

3. No Getaway- Blaxx
I know that we are afraid to love this since we don't want to be disappointed by his Soca Monarch performance which will be just as bad as we predict it to be. The tune itself is a tribute to all the sexy women of Carnival.  Blaxx's voice does not disappoint on the track while proving why he's a veteran in this business.

4. We doing this owah- Fay-Ann Lyons
This song didn't need to grow on me. It was an instant hit like many of her songs. I do however, prefer this one over De Stage Open, which she will be performing at the Power Soca Monarch.

5. Indian Gyal- Drupatee and Machel Montano
Yes, Drupatee still has the power to cross over with her authentic chutney soca sound... I really do want to hear this song performed live and hope she can place higher in the chutney soca monarch.

6. The Fog- Machel Montano
What i get the most about Fog is that it just sets the tone for the J'ouvert vibes. For me, it's not a strong Soca Monarch or even a Road March contender. In fact I haven't yet heard a Machel tune that can be clearly labelled a winning tune.

7. Wining Queen- Denise Belfon
Can we just say that the original wining queen is back with her own personal anthem...This is the official bruk out tune of Carnival 2013 especially when she gets to her signature song breaks, "eh eh eh eh..."

8. Wine back- K. Rich
K. Rich released this one by Precision  Productions early and it easily became one of my favourite groovy songs. The line "the way how yuh wine yuh waist is a real force of nature so every time you wine on me I does thank the creator" just gets me any time i hear it...

10. Prescription- Ravi B
I really really didn't want to like this since I'm not a fan of the rum songs, but Ravi this is what a rum song is supposed to sound like, and not something made up by some stale drunk uncles in a rum shop on  a Tuesday night.

Songs I just don't like:
1. Friends with Benefits- Ravi b feat Konshens
Chutney Soca and dancehall are not a match made in heaven or anywhere...

4. Any song about a partier or feter
#Leaveitin2012

5. Any song by All Rounder

I know that some of you would like Superblue's Fantastic Friday to be on this list, but I don't love this song yet. I can see him mashing up Soca Monarch with just the line, "De bouncin start" and the crowd going crazy over "water and powder", yet I just like it...Probably by Soca Monarch finals ( if he qualifies), I will change my mind... 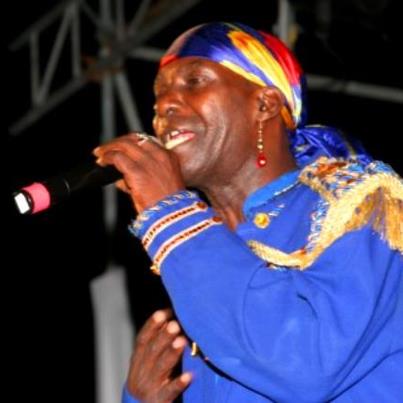