Soca is a relatively new form of music that is still trying to figure out what it is as a genre.  Artistes like Fay Ann, Bunji, Kees, and Machel are experimenting with different sounds to define soca and carry it beyond Trinidad and Tobago, the Caribbean, and its Diaspora.  The most recent trend is the fusion with EDM led by Major Lazer and other soca artistes, which they hope will carry the music “international”.


But what does “carrying soca international" mean? It means making the music popular outside of its current space.  Popular in this sense, is selling as much of it as possible to a mass heterogeneous audience outside of the Caribbean.  So Bunji performing on BET’s 106 and Park or having his song played on Grey’s Anatomy did not position Differentology in mainstream popular music.  In the same way, the use of Destra’s Bonnie and Clyde in a Parrot Bay rum ad did not give the song mass appeal.  However, soca did make its presence known in the past. The first major hit for calypso internationally was the Andrew Sisters’ version of Lord Invader’s  Rum and Coca Cola which spent 10 weeks on the US Pop Billboard charts in 1944. Harry Belafonte’s album, Calypso (1956) and Arrow’s single, Hot! Hot! Hot!, which was later redone by Buster Pointdexter )(1982/1987) were also classified as popular. And in recent times, Kevin Lyttle’s Turn Me On (2001), Baha Men’s version of Anslem Douglas’ Who let the Dogs Out (2000), and Rupee’s Tempted to Touch (2004) made their way to the mainstream market.  Although these were proud moments for the Caribbean, the artistes were one hit wonders and failed to keep soca on the global popular music scene.
Now on to Fay Ann and the Raze music video...Fay Ann Lyons is a great soca artiste, not because she is Super Blue’s daughter or Bunji Garlin’s wife, but because of her songwriting, particularly her ability to create a hook, her strong vocals, and her stage presence.  She is the third woman to capture the Road March title and the first to capture the Soca Monarch title.  She is also the first artiste to win all of the categories in the Soca Monarch competition and win the Road March in the same year. With these achievements, Fay Ann is committed to taking soca out of its seasonal nature and making it a truly popular music genre.  Recently, she has been experimenting with the EDM sound in an attempt to carry the music international.  Her signing with VP records is also a step in that direction. Now, why a successful soca artiste would release such a mediocre music video for the song that she wants to cross musical borders? 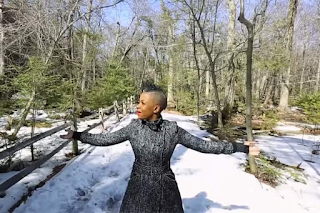 Although Fay Ann believes that Trinbagonians are too small minded and unintelligent to appreciate the production of a music video, there were many small minded wanna-be experts who failed to see the artistic greatness of the video and in true Trinbagonian style, did not hold back their views. 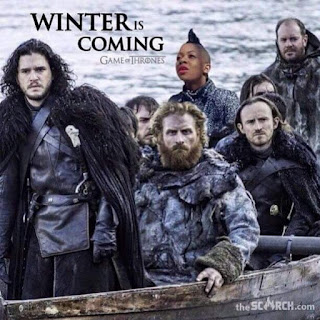 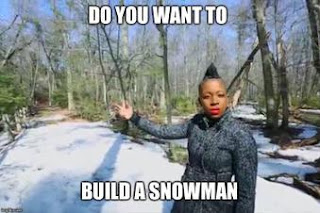 But I don’t think Fay Ann was ready for her own people to share their feelings on the video and she took to traditional and social media to respond:
“As far as I am concerned I am happy with the video and have no time for negativity”
“Lol thank you, being different has always been ok in my book. Even if no one else thinks so”
“Ok off to bed...but I hope all these experts on videos can point me in the direction of the place where they are in rotation in Trini! TNX”
“Problem is yal say things and think because we artiste we must not respond or say anything. But guess what you wrong”


“Dont know who say vids must depict song, take me to church song watch the vid? All these experts! Locally!! Lol”
“I wonder where these "experts" does be hiding I did the vid I like the vid that's it. Stueps!”
“No sorry, to Trinidad the song old. Don't know why they pretending to care. When they let soca mostly play for carnival:”
“Vids are done with many purpose my dear, do you think I did it with you in mind? Lol nope. The ppl it was done for got it!”
And my personal favorite:
“Lol the vid was not done for a carnival Trini audience, so I am on target with them not getting it. Plus the RIGHT ppl like it”
I really don’t believe that after Fay Ann read the thousands of comments, she literally Lol-ed.  It must have been very hurtful to get such negative feedback particularly when she felt the self directed video was up to international standards.
So Dear Fay Ann, instead of taking your precious time to read and respond to every single comment from those you perceive as ‘haters” (and we know Trinbagonians can carry it too far), acknowledge the feedback and redo the video. As an artiste, it is important that you do not insult your audience because without the local, there would be no international.

So here are some suggestions from a non expert:
Raze captures so much of the spiritual and physical aspects of Carnival, but the video fails to do the same.  This depiction does not have to be literal in terms of the stage, big truck, mas costumes, or a night club.  So I’m confused about Fay Ann producing a song and a video for 2 different audiences.  Moving from the periphery to the center or carrying the music international is no easy task, but don’t alienate the local audience – don’t tell us that the video is not for us. We are your audience and we know when your work is mediocre, so stop taking it so personal…
Raze is a great song and the video should target anyone who experiences this waking up and transformation that defines the Carnival.
Posted by cute dougla at 1:27 PM