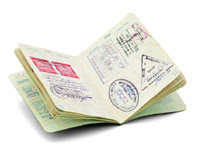 Soca King, Machel Montano recently showed his support for the Jamaican dancehall artistes who have been denied entry into several Caribbean countries (including T&T, St. Lucia, Guyana and Barbados). He further expressed that he is willing to "join picket lines" to defend his Jamaican colleagues.
Preventing dancehall artistes from performing is a tricky issue. Being an academic, my first question would be, has there been any evidence to prove a link between dancehall music and the increase in violence in say, Trinidad and Tobago? We have to look at the bigger picture...what about the role of the family, the community, government, education systems etc.? There are so many other forces at work that it seems superficial to blame music. On the other hand, artistes themselves must acknowledge their social responsibilities. Their behaviour and attitude strongly influence what is deemed to be "popular" and therefore strongly impact their young following. We also do not want to ignore the experiences of those in the lower classes by priveleging "high culture". At the same time, I do not support glamorizing violence or the incitement of violence to specific communities.

I remember something that Shaggy once said, that Jamaican artistes need to produce songs with visas. He simply meant that their music should not offend the audience they expect to finance their career. You don't have to be a "sell out"; just produce a variety of music that is indigenous and conscious. For instance, Buju (I'm not sure if he's a good example) has made a successful transition from hardcore dancehall to positive, "culture" dancehall. If the artistes would like to take their music beyond Jamaica, it's clear that they have to down play the violence in the lyrics.

To some extent, I understand Machel's sentiments. Machel has received overwheling support from his Jamaican audience as well as Jamaican artistes. Trinbagonian artistes have never experienced any problems with the Jamaican authorities and he probably feels that there's no regional reciprocity in this aspect...
Posted by cute dougla at 9:11 PM